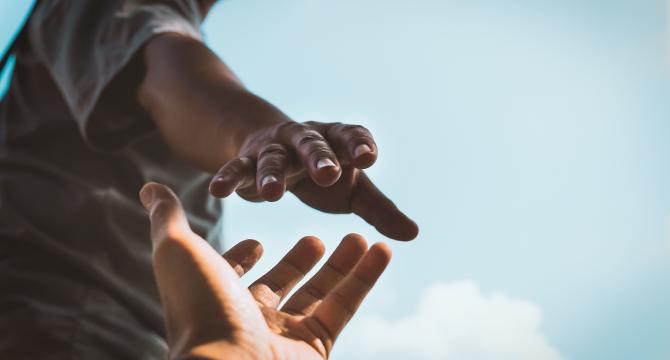 God did an amazing thing in class today at the House of Corrections. As we were talking about being works in progress and that God has promised to walk with us through this process, one of the brothers bared his soul. He confessed that he was struggling with his faith because God was not answering his prayers. Indeed, it seemed he was receiving the opposite of what he was requesting.

Immediately, a couple of the brothers in class requested to be able to speak. They shared their wisdom. And wisdom it was; wisdom born of hard life experiences. These guys did not spout Bible passages or advice but, instead, shared their journey. More than one of them said, “I was right where you are now…” Their words were powerful and left the man in tears.

What a beautiful example of love at work. These guys acknowledged his pain and struggle and walked alongside him, while carefully sharing some of their own journeys. The focus never shifted to those trying to help but stayed on the one needing help. How wonderful to hear their Godly words of encouragement.

A couple weeks later, while I was preparing for an ex-offender support group meeting at a local congregation, I was greeted enthusiastically by that very man. Despite his many doubts, his prayers were answered, and he was released. He is enthusiastically facing life with clear eyes, eyes that are not dulled by the fog of drug abuse, eyes that have been enlightened by the Holy Spirit to see hope and possibility all around.

I know there will be challenges ahead, but I thank God for the opportunity to walk with this brother through these challenges. Thank you for your support that makes this possible.