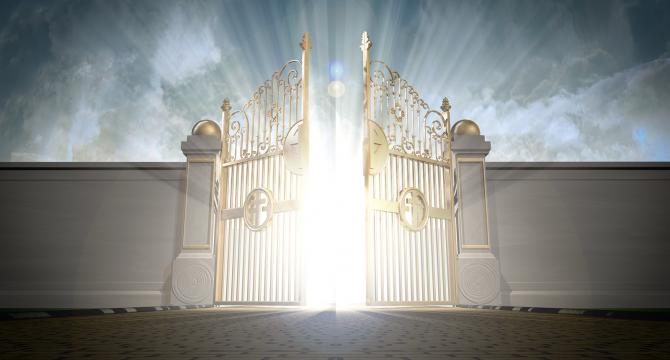 I have always appreciated that in His great wisdom, the Holy Spirit in inspired the apostle Paul to record for us the personal struggle that raged within his heart. And I regularly find myself sharing these words with the men I serve in prison and pondering them in my personal life as well. But it wasn’t until just recently that I connected Paul’s words in Romans, to those of Daniel describing his prophetic vison.

I kept watching the night visions, and there, in the clouds of heaven, I saw one like a son of man coming. He came to the Ancient of Days, and he was brought before him. To him was given dominion, honor, and a kingdom. …the kingdom and the dominion and the greatness of the kingdoms under all the heavens will be given to the people, to the saints of the Most High. His kingdom is an eternal kingdom, and all dominions will worship and obey him (Dn. 7:13-14, 27 EHV).

So, what’s the connection? Having recently celebrated Saints Triumphant Sunday and Christ the King Sunday, I was reminded that like the apostle Paul, I often find myself feeling a lot more like a defeated sinner, than a triumphant saint.

I struggle to be a good father, a good husband, friend and chaplain, and every day I am confronted with failures and defeat. I look around and see the country I live in becoming increasingly more hostile towards God and His people. At best, “one nation under God” appears little more than lip service, and at worst, it casts aside everything that God has ordained, from the sanctity of life and human sexuality, to the gender a person is born with.

Despite all these things that would persuade me that I am nothing more than a defeated sinner, surrounded by a nation of defeated sinners, both Daniel and Paul, hold before me an unshakeable truth. Jesus Christ, the King of kings and LORD of lords, is still sitting on His throne! Jesus is still working out all things “for the good of those who love God, for those who are called according to his purpose” (Rm. 8:28 EHV), and so I am in fact, a Saint of God, Triumphant in all things because of Christ, my King. And SO ARE YOU!